Copyright 2021 - All Right Reserved
Home Featured Have a look at Amazfit T-Rex; With military-grade protection, the battery lasts up to 45 days
Smart Watches

Have a look at Amazfit T-Rex; With military-grade protection, the battery lasts up to 45 days 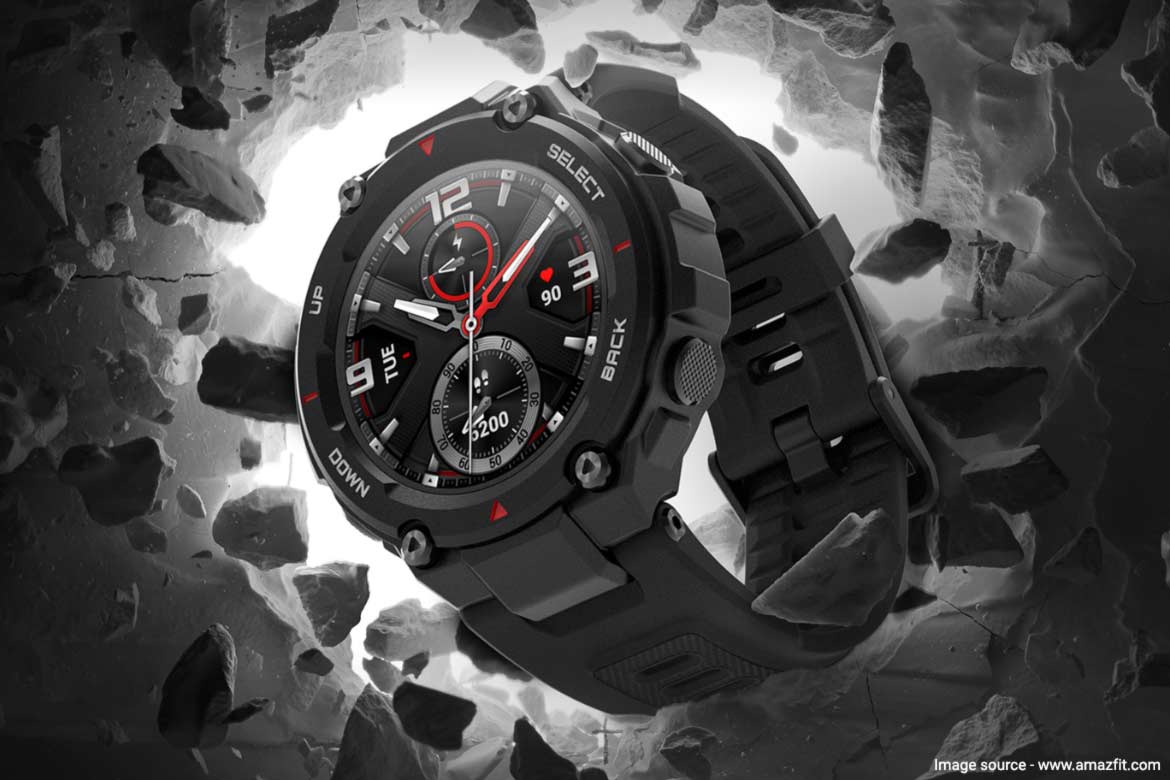 Amazfit has released a new lineup of smartwatches. Along with the new lineup’s introduction. The Amazfit T-Rex 2 smartwatch is officially available This newly launched watch is a durable, rugged, and military-grade fitness tracker that comes with a variety of sports modes. Amazfit’s latest smartwatch features high-precision GPS technology. The brand claims that consumers will be able to use the smartwatch for up to 45 days.

Read more: Fire-Boltt Thunder is an assemblage of very handy features under 5000

The recently released Amazfit T-Rex 2 smartwatch has a starting price of $229.99, which converts to about Rs 18,000 in India. The wearable is available in five colours on the US website: Astro Black & Gold, Desert Khaki, Ember Black, and Wild Green. Starting June 1, it will be available for purchase in Italy, France, and Germany for a price of EUR 229.9. (approximately Rs 19,000). Its availability date in India, however, is not yet clear.

5 best smartwatches under 20000 available in India