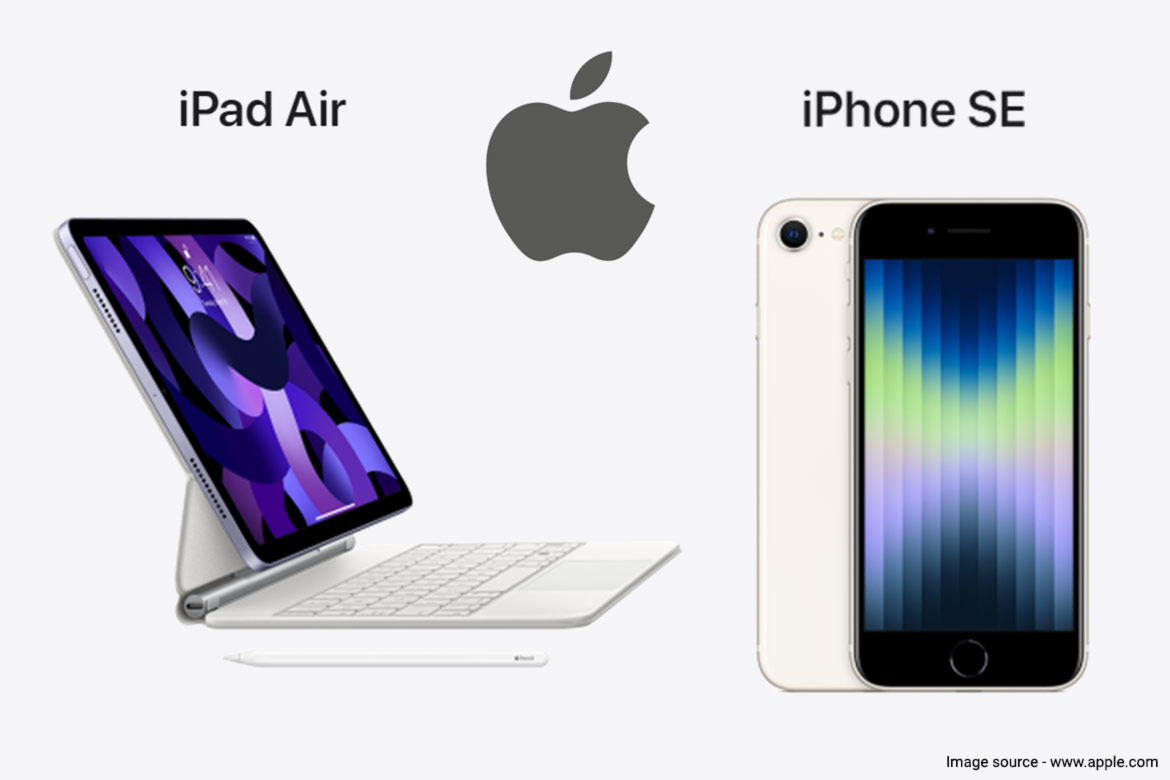 In a much-anticipated Spring event, Apple has launched the cheaper iPhone SE and iPad Air. The phone gets a 5G connectivity. This new SE is equipped with the latest A15 Bionic processor. It is Apple’s apex processor chip, the same chip is available in the latest iPhone 13 series. Its starting price in the US market is 429 USD (about Rs 33,000). However, its starting price in India is Rs 43,900, which is 10,900 rupees more. Let’s have a look at the features of the new iPhone SE and iPad Air.

You may also like: Shoulder Surfing Solution: Apple is working On Privacy Glasses That Will Exclusively Allow User Watch Screen

The starting price of the new iPhone SE 3 is Rs. 43,900. It has been launched in 3 colors- Midnight, Starlight, and Product Red. The pre-bookings of the iPhone SE starts from March 11. At the same time, its delivery will be done from March 18. You can also buy the new iPhone SE on a monthly EMI starting at Rs 5,167. At the same time, if you upgrade this from your old iPhone, then you will have to spend only Rs 34,900. On upgrading, you will also be able to buy it on a monthly EMI of Rs 4,107.