Attribution model – Who to offer the ‘Prasad’?

She says that last week she had the privilege of learning the Great “Six Sigma” – the power of having clear process on achieving measurable and quantifiable financial returns. Another major feature that Six Sigma helps is to have a clear commitment to making decisions on the basis of verifiable data and statistical methods, rather than assumptions and guesswork

She further says, while working on the examples and simulations, the first place she thought she really wanted to use this power is to find the answer of the most deterred and difficult question marketers face – “Attribution Model” – Determining who is the most powerful Deity to whom they should offering the ‘Prasad’ when the results are good? 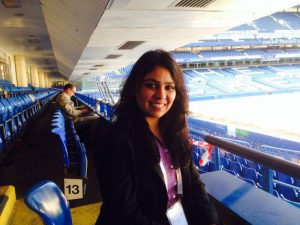 Yes, the article is about Attribution Model (as the heading suggested). I still haven’t mastered Six Sigma to give Gyaan on it, she says. In her words:

In my 13 years of experience I have had the privilege to build several attribution models. The first thing I have learnt and then made sure is that never ever ever ever ignored is the Universe / stakeholders –

2.Third Party Stakeholder – External Team (their payouts and survival depends on this)

3.Top Management – no duplication of business or spends mapping (your rating, promotion, bonus and survival is depended on them)

You want to be fair to all but the biggest question is HOW??

When we were young we would have visited all religious places, before the announcement of the results, to request the Gods to help us pass or for few people to top the class (definitely not talking about myself)

When the results were out the biggest query post the happiness was – “Which God to Thank to and who to offer the ‘Prasad’ which you had over promised while begging for passing results?”

Option 3 – Give all Gods credit?

But then what about the middle Gods – The Nurturers? Did they not have any role?

The best way followed was to distribute a bit of the over promised ‘Prasad’ to every God so that none of them was angry next time (also we would be needing them next time as well). Major portion offered to the first and last and smaller portion to the middle ones to keep them happy

Taking direction from this, we went and created similar mapping for business attribution (changing ‘Prasad’ proportion every now and then depending the business, parties or circumstances). This has helped us keep everyone happy and also grow business, as we need the power of the entire Universe and Deities to keep running ahead & maintaining #1 position.

Tech Desk is a Author intended to provide the user with information and latest tech news & tech related solutions.