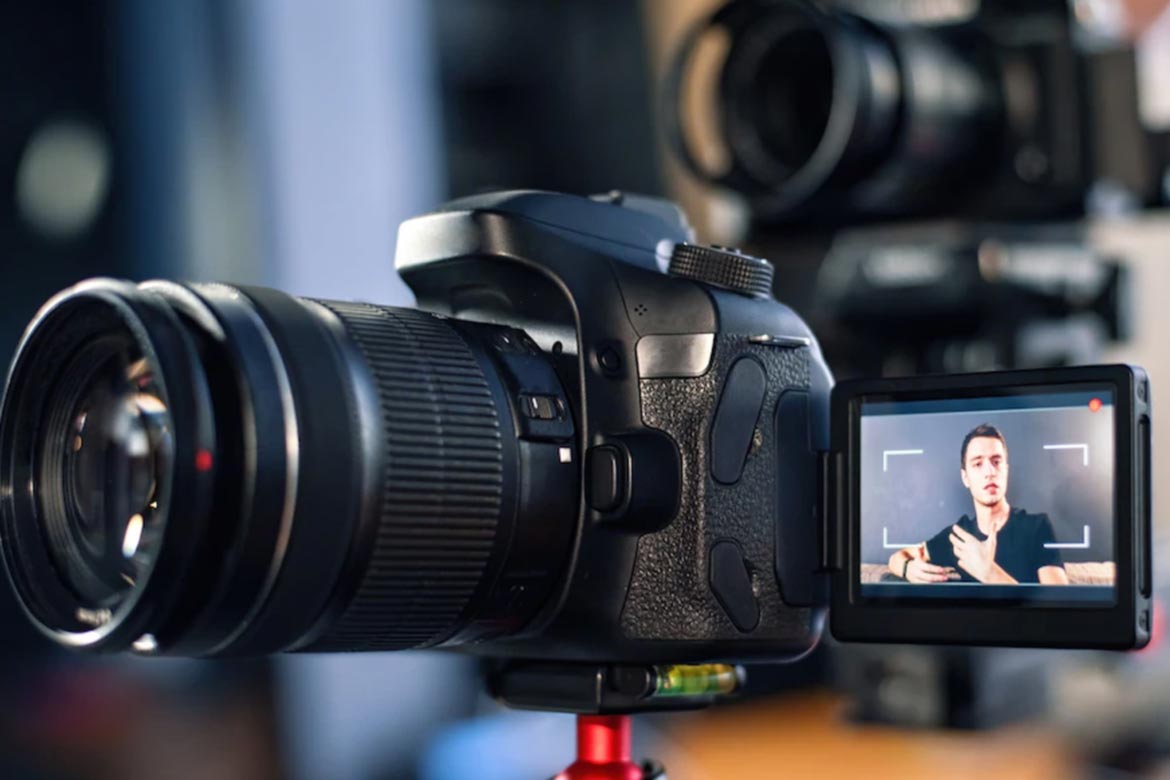 The best video blogging cameras are complete packages for professional video production. Being compact and simple enough for a single person to use while simultaneously having a robust set of video capabilities makes the ideal vlogging camera a quite tricky prospect. This does afford you some versatility, though, because a good vlogging camera can refer to a wide range of devices, from sophisticated mirrorless systems to waterproof action cameras the size of your hand.

Why a mirrorless camera? A mirrorless camera has strong video capabilities, the adaptability of interchangeable lenses, and almost all of them will take high-quality photos as well, making it ideal for serious content creators. This shortlist has 5 camera that will make your Vlogs supercool.

With a full-frame sensor, 6.5 stops of image stabilisation, and a weather-resistant casing, the Lumix S5 may be on the larger side for a vlogging camera, but we believe it deserves a spot on this list. Even though the Panasonic GH6 is somewhat more recent, the Lumix S5 offers more features for the same price and performs far better in low light because to its full-frame sensor. Its completely articulated screen, 14+ stops of dynamic range, and 4K video make it ideal for self-recording.

This camera’s use of contrast AF rather than phase-detect AF, which is frequently less quick, may be its only drawback. The Lumix S5 delivers 96MP high-resolution RAW+JPEG capture if you’re looking for a camera that will work well for both stills and video.

One of the best Fujifilm cameras is this one. Hardcore Fujifilm fans may be disappointed that it lacks the external exposure controls seen on the Fujifilm X-T4, but it’s still an outstanding piece of equipment. Its flip-out screen, 4K video capability, and 6-stop in-body stabilisation make it an excellent choice for vlogging. Due to its 26.1-megapixel APS-C sensor, it can produce stunning, high-quality images should you also desire to snap pictures. This is likely the greatest APS-C camera you can get at this price for the feature, size, and handling.

Read more: 6 telegram bots that will make your daily struggles a cakewalk!

The front-facing camera of the Sony A6400 makes it ideal for lone video shooters who need to speak directly to the camera. Although a vari angle front-facing panel would have been preferable, the 180-degree flip screen is still preferable if you only need to see yourself. In addition to producing 4K video, the A6400 is a fantastic stills camera for multi-media content creators. We aren’t fans of the design because it is almost unchanged from when the A6000 was introduced and is beginning to seem a little dated. But given its cutting-edge focusing technology and outstanding Eye-AF performance, we can almost overlook that.. Sony has since released the somewhat more affordable A6100 and the more sophisticated A6600, but in our opinion, the A6400 strikes the perfect balance between price and quality for vloggers.

The Lumix G100 is a small, user-friendly camera with a user-friendly button and menu interface. For vloggers and other creatives who don’t want or need anything too difficult, its simplicity will be a significant draw. Despite this, it still produces high-quality video and offers useful features like a viewfinder in case you wish to snap still photos as well. Plus, thanks to its ergonomic grip, it feels like a “real camera.” Although it can shoot in 4K, there is a crop factor, so you aren’t utilising the sensor to its full potential.

With the variable-angle screen, you may film yourself or even shoot from the side or above. It’s important to note that the G100 lacks in-body stabilisation, so you might need to buy one of the best gimbals. Overall, it’s a small, adorable, and reasonably priced camera that gets the job done but is deficient in a few capabilities.

Well, if your pocket allows you, the Panasonic Lumix GH6 is a camera for filmmakers that has very few rivals. The Micro Four Thirds G-series cameras from the firm all offer quite great video features, but the GH series is where the technology is truly being advanced in novel and fascinating ways. The Lumix GH6 is one of the best consumer video cameras available right now, and only its cost and complexity prevent it from being the best camera on this list. Some people might dismiss the Lumix GH6 because of its relatively small MFT sensor, but that would be a mistake.

It’s not really marketed to amateur vloggers. Because of its stacked sensor and lightning-fast readout rates, the Lumix GH6 is able to capture high-definition video internally without the need for an external recorder. Highlights include 5.8K 10-bit anamorphic using the entire sensor area, 4:2:0 10-bit Cinema 4K 60p internal.