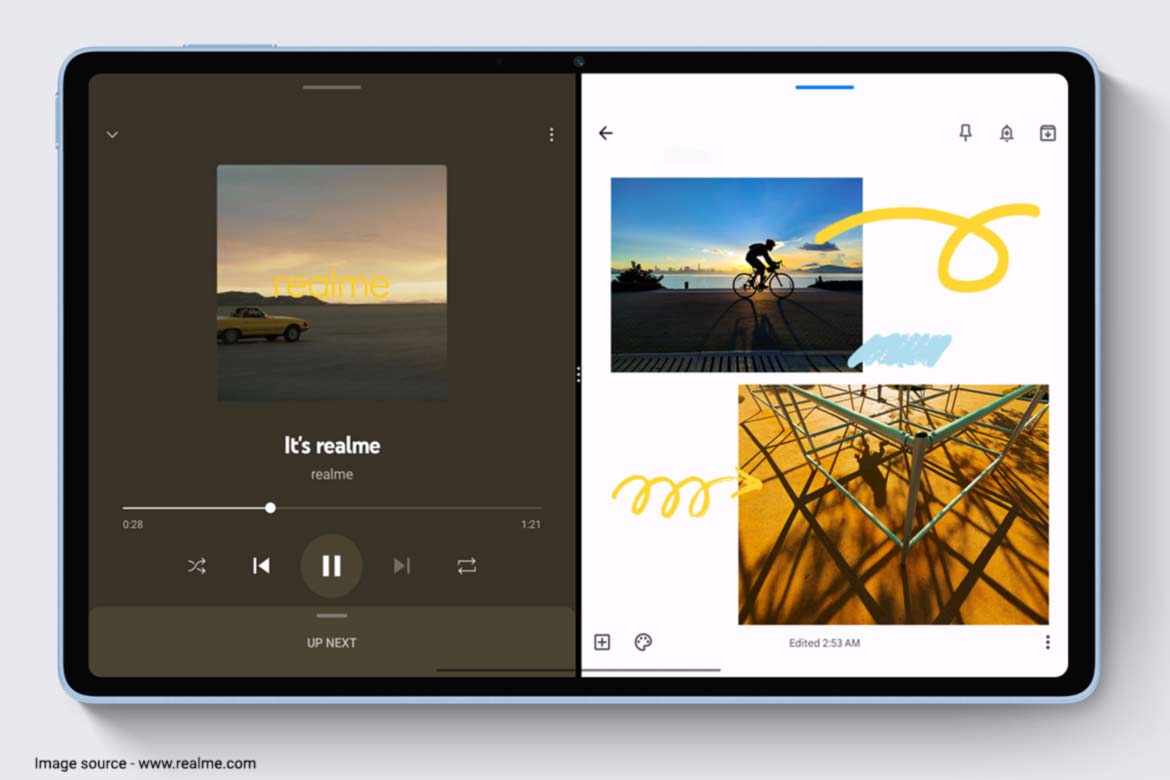 Recently, the Chinese brand Realme launched Realme Pad X in India after its May debut in China. The Indian version, however, has 5G connectivity and a feature called Limelight that is comparable to Apple’s Center Stage and is compatible with Google Duo, Google Meet, and Zoom right now. The Realme Pad X is the first tablet in India to offer 5G. Along with the Pad X, Realme also debuted the Realme Pencil and Realme Smart Keyboard in India. You must buy the Smart Keyboard and the Pencil separately. Let’s have a closer look at the features and price of tab X.

How much will it cost you?

Read more: Not just design! Nothing Phone 1 has more to earn a customer base; Know specifications and price

Features of Smart keyboard and Pencil:

The Realme Smart Keyboard’s 1.3mm key travel and 280 mAh battery are said to allow for up to 112 hours of constant typing. It is made of skin-friendly PU material and connected to the Pad X through Bluetooth.

The Realme Pencil, in contrast, is made of polycarbonate and weighs 16.5 grams. It offers 4,096-level pressure sensitivity and a 240Hz touch sampling rate. The stylus enables 60° tilt writing and has a battery life of up to 10.6 hours. And all you have to do to charge it is connect the Realme Pad X to the Pencil, which the tablet will do via magnetic wireless charging. The company asserts that a single-minute charge offers up to 25 minutes of usage.