Copyright 2021 - All Right Reserved
Home Featured How Elon Musk is Planning to Send Humans to Mars? Is it Possible?
Tech News

How Elon Musk is Planning to Send Humans to Mars? Is it Possible? 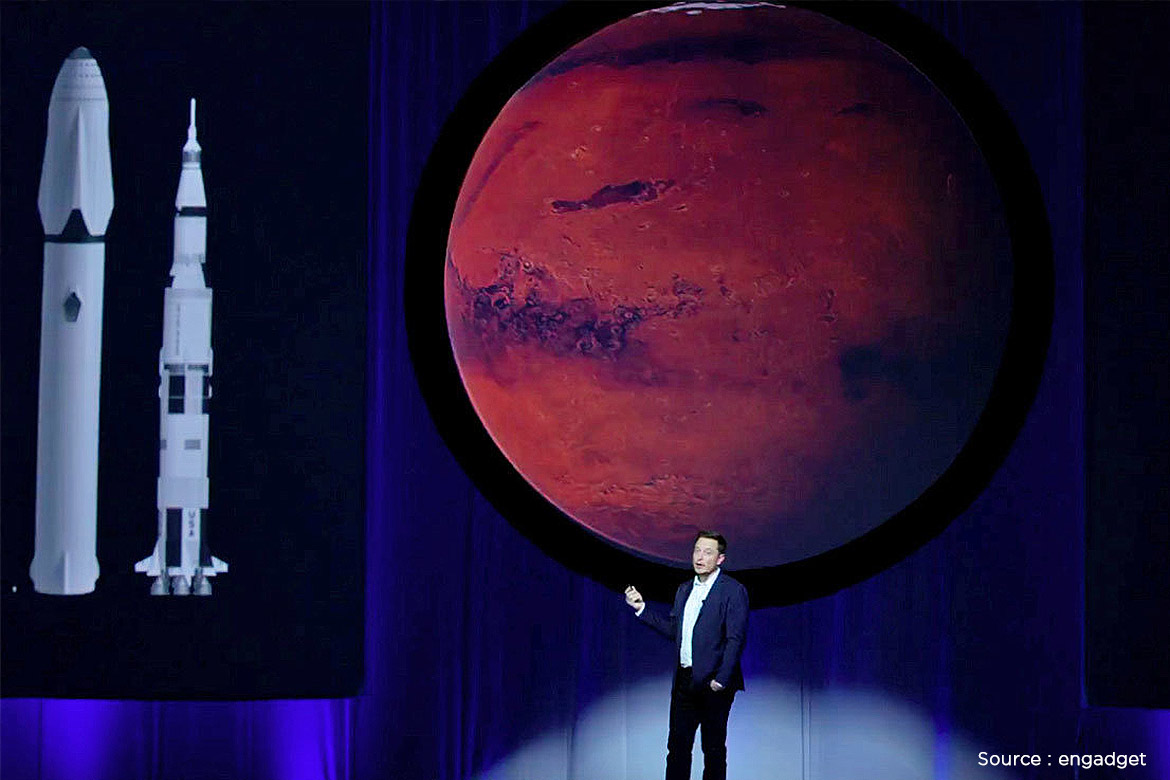 Elon Musk, this name has come to the limelight recently. His planning and extraordinary concepts have introduced him as a famous person to the world. Elon Musk is a space research scientist who has been working on researches related to Mars for a long time. Recently, he revealed something that has grabbed the attention of the entire world. Mars, yes, you have heard right, we are talking about Mars. Elon Musk is planning to send a number of 100 people from earth to Mars through his invention, Starship. Sounds incredible, right? But it’s going to happen in reality within 4 years only. Musk has declared that he is going to execute his plan to send around 100 people to Mars through his invention, Starship in 2024.

Musk has his own viewpoints and ideas about this entire mission. He considers this mission very essential for mankind. He has valid points to support his words and that’s what he has explained about his work. We don’t have any confirmation that there are also other living creatures in the universe. It can happen that we are the only living organisms in the entire universe. According to Musk, it is a high-risk factor not to have an alternative option of living apart from the earth. There are high possibilities that an asteroid from the outer universe can destroy the earth and that will be the end of us. So, we need another option for accommodation. In Musk’s views, people need to get back up planets and start living there to avoid any uncertainty in the future. This sounds like a science fiction story, but Musk is quite confident in taking the step towards the unique innovation. He thinks about colonizing new planets to avoid future inconveniences.

He presents his plans in a scientific way. According to his plans, his spaceship will bring humans to the edges of the Earth’s orbit, then to the moon and after that the outer space. This will require highly advanced technologies and materials. It’s not a rocket-science to go to Mars and accommodate humans there. So, it takes a high budget and the extraordinary effort of scientists as well. Only a fast-moving spaceship doesn’t help in case of traveling to Mars.

Now, here come the chances of happening this thing in reality. Musk is confident enough about executing his plan in reality. But generally, there are a number of consequences of this entire thing.

These are the consequences in the way of the success of Musk’s plan. Moreover, the time span of 4 years is not at all sufficient for interplanetary missions. Musk might have thought about some special techniques and ways to make his plans successful. There is no certainty that Musk will surely be able to make his plan successful. He has to overcome the consequences to turn his intentions into reality. Our current progress in science refers to this plan and mission as a ‘suicide mission’. Let’s see, if Musk invents something new in the future to prove himself right and to make his intentions successful or he becomes a failure.

Also Read- What Is The Latest Future Technology In The World Now?