As the name suggests here in this article we would be conducting a comparative study for few of the Best Android Games out there in the market.

Mobile gaming is improving at a far better rate than did its predecessor technologies. Android games achieve new records each year. With the release of Nougat and Vulkan API, things are going to get more better in the future.

Below are some of them:

Released in 2016, it still holds the top position like it did in the past. With an intergalactic trucker that ends up crash landing on an alien planet, player needs:

It has a RPG element for character development, tons of items to be collected and crafted and finally an auto-managing inventory.

Both of them are unique in themself. They use a variety of game mechanics. Including:

Every switch in mechanics also changes the graphics for the betterment of the game. A really unique experience. Both of them also offer: 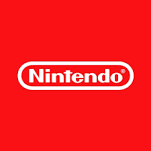 It has a decent number of Android games out there in the market and all of them are pretty decent. Super Mario Run is their premium offering. Despite of a lot of misconceptions of being pricy. Mechanically it is still the best ever Nintendo product till date. Nintendo also has a couple of free and premium options like:

They also have a lot of other games like Dragalia to be launched in next few weeks. Nintendo is different from Game Freaks who developed Pokemon, making them the top player in the gaming industry.

For more details on best games available for Android devices Google the keyword.