The New iPad Air Is The Best Tablet For Most People 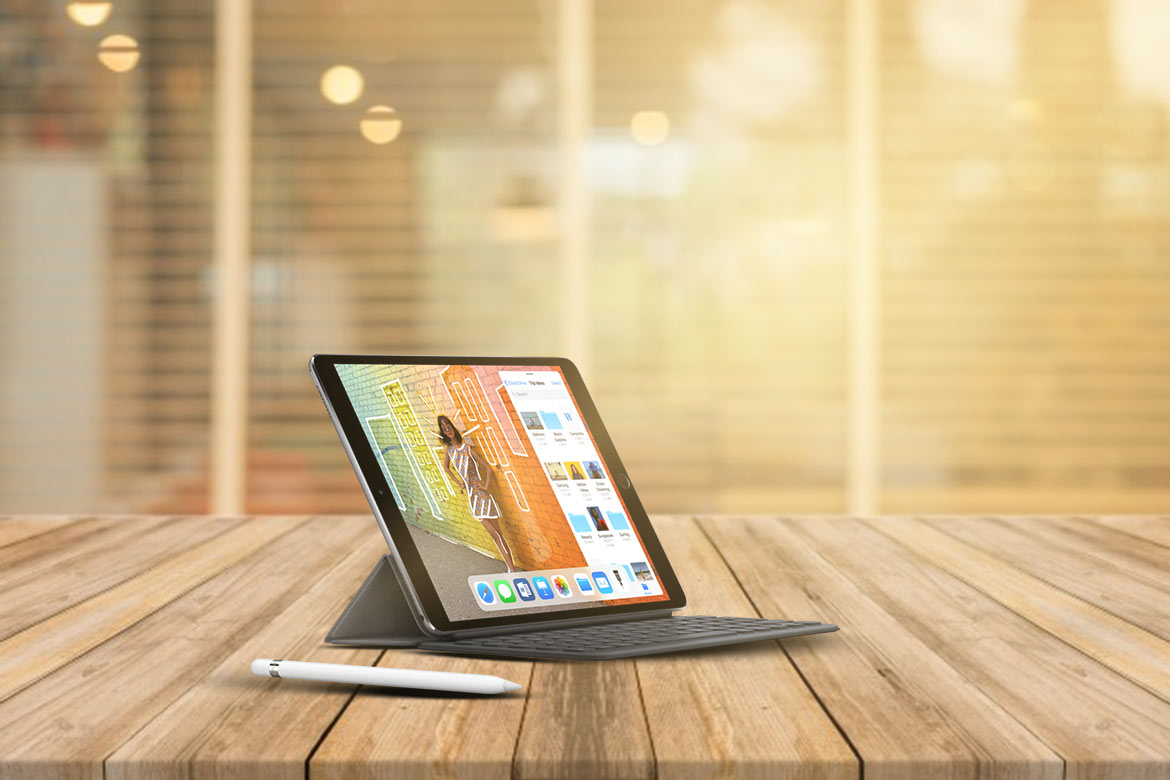 Many people have anticipated the release of the new iPad Air and the month of September made it happen. The new iPad air, for many people, is the way to go because of the new features attached to it and some people’s tablets usage is defined by Apple’s iPad line.

Though the price is a little bit on the high side, however, it comes with a larger screen, stronger audio, faster networking, powerful processor, better Apple Pencil support and it is superiorly built, so I guess it is worth the price.

Apple made the iPad Air a flat-edged design, ditching the home button and making it a bigger display with smaller bezels all around. This iPad Air is exactly the same size as the 11-inch iPad Pro, and guess what, it even supports the Magic Keyboard made for that model. I can specifically say that this new iPad Air is the way to go, and you will get to see why in this article.

THE DESIGN OF iPAD AIR

The new iPad Air is a high-end design. It has a hard metal frame and with this, people might mistake the iPad Pro for the iPad Air. It is almost the same size as the current 10.2 inch iPad, although the iPad Air is a little bit slimmer and lighter.

Also, the iPad Air is a 10.9-inch size and 2,360 by 1,640 screen and it fits into the same body size as the 10.2 inch iPad, but the bezels have been reduced. All iPads have 264ppi screens and this screen gives you just about as much surface area as the 11-inch iPad Pro. The iPad Air is less reflective which makes it pleasantly usable than the standard iPad’s screen because it is laminated with an anti-reflective coating.

The top and the bottom of the tablet have powerful stereo speakers, and this gives real, two-channel stereo sound in landscape mode. But on the other iPads, that is the lower-cost ones, the speakers are only at the bottom.

In addition, on the top of the tablet, there is a really cool sensor in the form of a power button that also serves as a fingerprint sensor, pretty cool right? This means that the iPad Air doesn’t have to make a fuss about a physical home button, but it can also use a fingerprint sensor, so you don’t have to struggle to try to face unlock your tablet when you’re wearing a face mask. The iPad Air has a flat back and squarer edges than the standard models.

THE POWER OF iPAD AIR

The new iPad Air uses an Apple A14 processor with 4GB RAM and either 64GB or 256GB of storage. From my research and my point of view, this iPad Air is the fastest iPad available and also it is faster than any android device. Here are the numbers: (According to PC’s Editor’s Choice), the iPad Air scored 639,962 on the Antutu benchmark; 595 on Basemark Web; 1,572 single-core and 3,931 multi-core on Geekbench 5; 108,481 on 3DMark Ice Storm Unlimited; and 12,331 on Geekbench’s GPU Compute benchmark.

That’s 20 per cent higher on Geekbench Multicore and 22 per cent better on web browsing than the Samsung Galaxy S20 Ultra, the most powerful Android device currently available. It’s 58 per cent faster on Geekbench and 44 per cent faster on Antutu than the base 2020 iPad. This is a super-fast chipset. The 2020 models of the iPad Pro use an A12Z processor with eight CPU and eight graphics cores, as opposed to the A14’s six CPU and four graphics cores. Each of the A14 cores is better, but the A12Z has more of them, so comparing the Air to the Pro is a mixed bag.

Moreover, the only weak spot on this iPad Air is the battery life. Apple’s iPad has not been lucky with battery life. During my research, I got to know that this iPad Air managed to stream YouTube for just 4 hours, 45 minutes before needing a charge and this is even shorter than previous models.

THE CAMERA OF iPAD AIR

The iPad Air has a 12MP (Megapixel) main camera, and this is the same as the main camera on the iPad Pro. It also has a 7MP front camera, and again, it is the same as the front camera on the iPad Pro. So we can say that the cameras are not different. There is a bit of an improvement over the base iPad’s 8MP sensor, it records 4K video rather than 1080p and it has a better HDR and low-light capabilities.

But the real news and one of the big reasons why you should choose this tablet is the front camera. The lower-cost iPad has 1.2MP camera and that’s better than a laptop’s webcam, not by much though, but the iPad Air has a 7Mp front camera with much stronger low-light capabilities and it makes you look better on zoom calls and on video calls generally. Now you see why you should consider this tablet.

In furtherance, there are two big reasons why you should choose the new iPad Air over other tablets or laptop for zoom and there is also a critical reason not to. The iPad Air’s front camera is far better than any laptop’s built-in camera. The iPad Air handles low light well and it also balances different lighting without making you weirdly shiny.

Moreover, the problem is that iPasOS still doesn’t multitask well. If you’re making a Zoom, Google or web video call and you open a second window, it shuts off your camera. So it is not possible to be in a Zoom call and look like you’re paying attention while you’re doing something else, which is critical for a lot of people. But if you turn the camera off, the audio will continue working, so you can follow a lecture and still take notes.

Also Read: OnePlus 8T Review: Everything You Need To Know

In addition, the iPad Air uses the Wi-Fi and 4G chipsets from the iPad Pro line and is it is significantly better performance than the one in the base iPad. The iPad Air has Wi-Fi 6, which the base model doesn’t but you don’t need a Wi-Fi 6 router to see the difference.

According to my research, the IPad Air tested against a 500Mbps Wi-Fi 5 (802.11ac) connection, a weak 5GHz Wi-Fi signal gave us 136Mbps on the iPad Air and this is almost the same as on the iPad Pro and most smartphones now, but the only 20.6Mbps on the base iPad. Now that is a very big difference. Note that you need to be using 5GHz Wi-Fi to see this difference, as the two tablets have about the same performance when brought down to 2.4GHz only mode.

The iPad Air has better LTE and Bluetooth than the base iPad as well. The Bluetooth supports jumps from version 4.2 to version 5.0 for longer range and the LTE supports adds bands 46 and 48 which are also known as LAA and CBRS respectively. These are high speed, in-city network bands that are used to give Wi-FI or 5G like speeds in inner-city areas.

Now, most people do not care about details such as the networking details but trust me, it goes a long way have little or no knowledge about it.

In conclusion, the iPad Air is the best value among Apple’s Ipad product, in short, it is the iPad of the year. The other iPads such as the lower cost and the others are still very good, but I feel this tablet is the one you are going to be hanging on to for years.