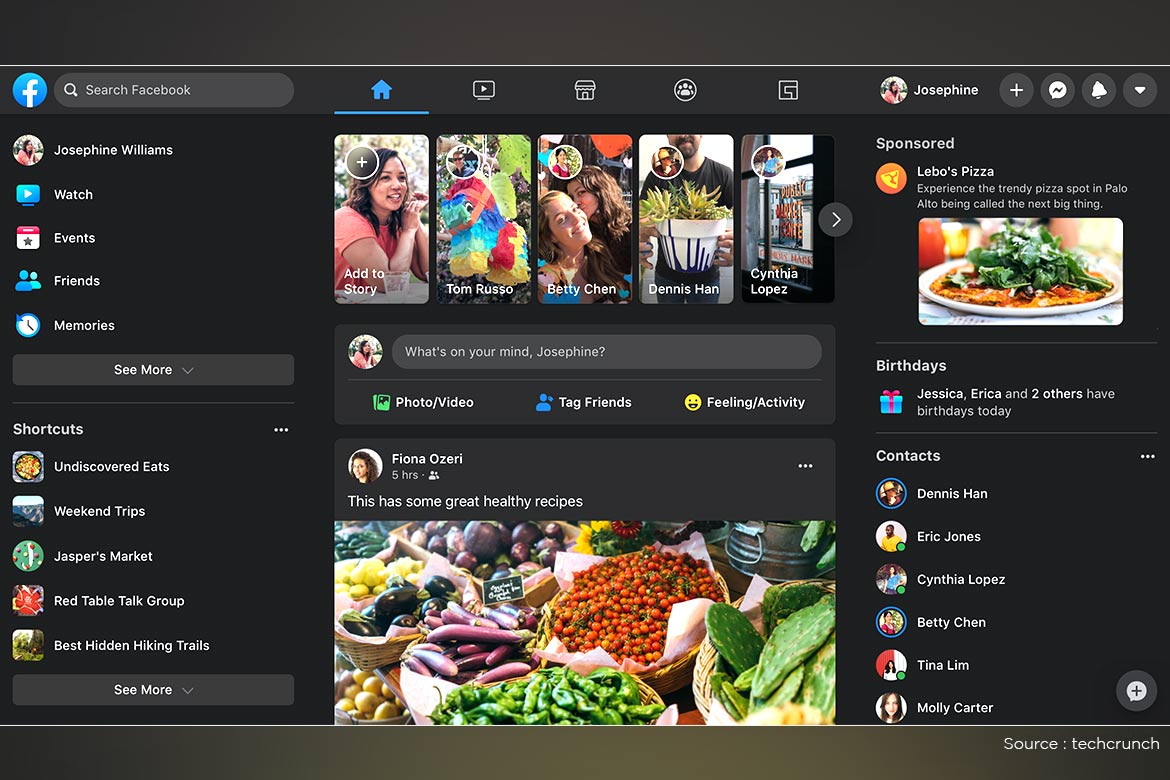 Facebook announced some time before that its design on the desktop is about to change. Now, this social media site has gone live in a new avatar worldwide. In March, Facebook redesigned the desktop for some of its users and rolled out some users, but every user is able to use Facebook in a new avatar. Let me tell you that Facebook announced the new desktop design in F8 last year, which was going to come with Dark Mode. This new interface will be faster and easier to use than its previous version.

Facebook.com provides more streamlined navigation approaches after this update. Apart from this, it also makes the task of finding videos, games, and groups easier. Facebook claims that the home page and other page transitions also load much faster, which will now provide an experience similar to mobile usage.

Facebook stated in its new blog post that now users from all over the world can use this new web design. This new design comes with a dark mode toggle, which allows users to switch to dark mode whenever they need to. You will find this new dark mode switch in the dropdown menu in the upper right, which you can use to reduce the eye strain.

On the top panel of Facebook, you will see the ‘+’ sign, which is not only given for posting but with the help of this, you will get the facility to create events, pages, groups, and even advertisements on Facebook. Apart from this, Facebook also informed in its blog that after creating a user group, it can be previewed in real-time and can also see how it looks on mobile. A watch section has also been added on the top panel of Facebook, in which a list of videos based on your viewing history will be suggested. Apart from the Watch, we also saw a new ‘Gaming’ option on the top panel, which lists the games that users can play in their free time.

Everything from the chat window to the profile has been redesigned on the Facebook desktop, which has now been rolled out globally for all users. As we mentioned earlier, this feature was first released for some users in March, but now all users around the world can use it.