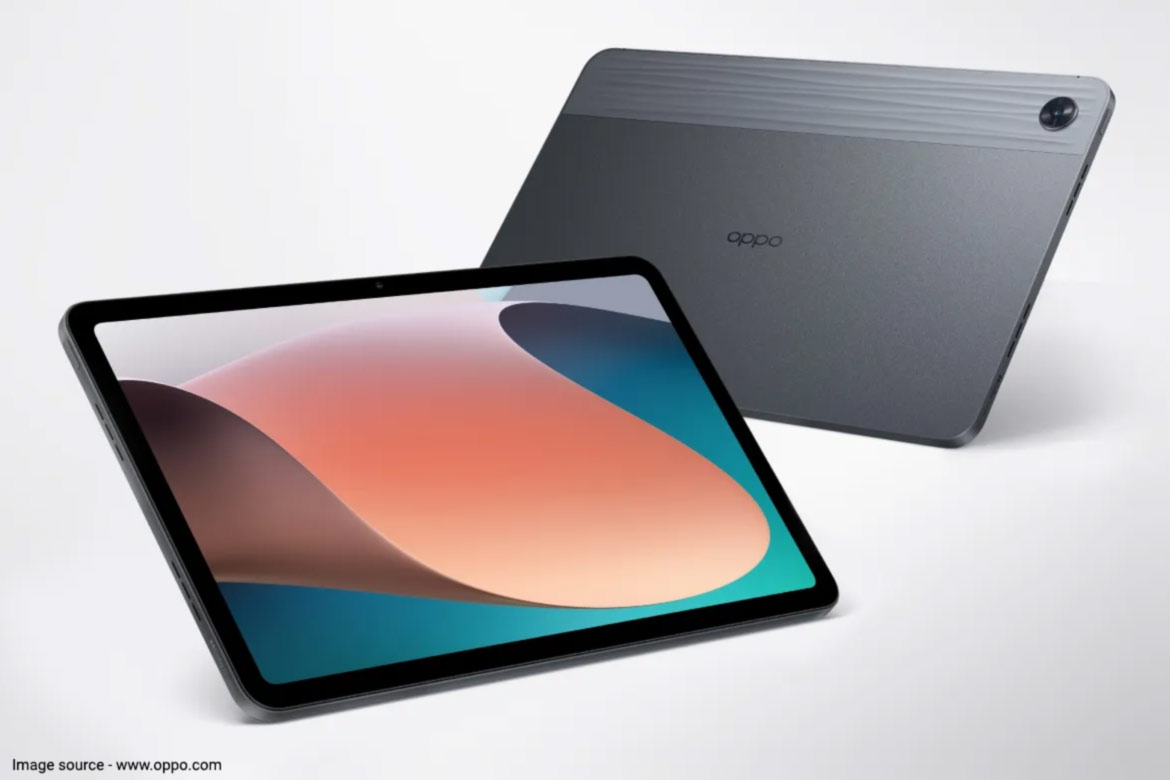 If you’ve ever thought of purchasing a tablet between Rs 15,000 and 20,000, chances are you heard that either the software or the build quality of such inexpensive tablets will be subpar. But recently, there have been a number of new options on the market for inexpensive tablets from companies like Realme and Oppo. The new Oppo Pad Air is a cost-effective tablet, with the entry-level 4GB RAM+64GB model starting at Rs 16,999. The Oppo Pad Air is the first tablet from Oppo to be released in India, and it is 6.94mm thin. The Oppo Pad Air runs on ColorOS, which is based on Android 12. The tablet’s 10.36-inch 2K screen measures in. But is the price by itself reason to acquire this tablet? Let’s examine the features and make a decision in light of them.

The Oppo Pad Air sports a metal and a unibody design. The tablet weighs 440 grams in total, yet using it with one hand is challenging. The volume button is on the left and the power button is at the top, just like the iPad. There are four speakers on the Tab. A second classification for water resistance, IP52, is given to the tablet. It also comes with an Oppo Life Smart Stylus Pen, but you have to buy it separately for Rs 3,999.

The display’s bezel is quite thin. The 10.3-inch IPS LCD screen on the Oppo Pad Air supports 1 billion colours and 2K resolution. The display refreshes at a 60Hz rate.

Read more: Utility Pro Max! 5 best smartphones you can get under 30000

An octa-core Qualcomm Snapdragon 680 6nm CPU powers the Oppo Pad Air. The 4GB of LPDDR4x RAM that comes with the Oppo Pad Air can be increased to 7GB (4GB physical RAM + 3GB virtual RAM). With the aid of a micro SD card, the storage of this tablet may be expanded up to 512 GB.

Widevine L1 certification is also available with the Pad Air, so you will not have trouble watching videos on OTT apps. The tablet gets quad speakers, which support Dolby Atmos.

Oppo ColorOS 12.1 software is available in this tab of Oppo, which is based on Android 12.  If you have used an Oppo phone, then there will be no problem with the OS of this tab. It’s pretty much the same, yes, you get split screen support with the tab. You can customize the tabs as wall paper, colors etc.  With this, there is support for floating windows, so you can work comfortably on two screens simultaneously. The company has named this feature as flexible windows, which you can turn on by going to the special feature in the setting.

The 7,100mAh battery in the Oppo Pad Air supports 18W rapid charging. Dual band Wi-Fi 802.11ac, Bluetooth 5.1, a 3.5mm headphone socket, GPS, and a USB Type-C connector are all included in the Oppo Pad Air for connectivity. In the box with the tab is an 18W charger.