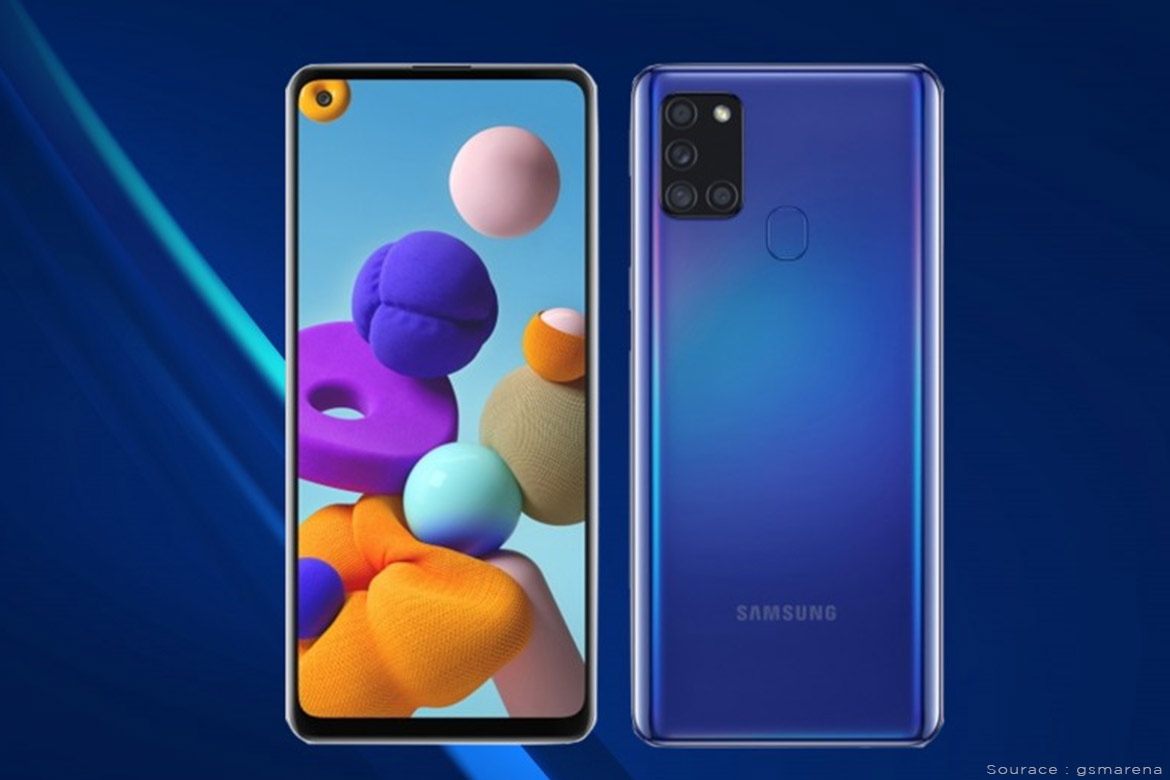 Samsung has launched another powerful mid-budget range smartphone Galaxy A21s in India. This smartphone was launched globally recently. The phone has been launched with a punch-hole display panel, quad rear camera set-up, and a strong 5,000mAh battery. Also, the phone has been launched with a Quick Face Recognition feature and rear-mounted physical fingerprint sensor. The Galaxy A21s has also been introduced with Gen-Z features like the A51, A71 and A31 launched this year.

The has a 6.5-inch Infinity-O display. To give power to the phone, a strong 5,000mAh battery has been given. The phone also has a 15W fast charging support feature. The phone can be launched in three color options Black, Blue, and White. In addition, it has been launched in India in two storage variants 4GB RAM + 64GB and 6GB RAM + 64GB. The internal storage of the phone can be increased to 512GB via a microSD card. The phone uses Samsung’s in-house Exynos 850 chipset processor.

This smartphone runs on the OneUI 2.0 operating system based on Android 10. Talking about the camera features of the phone, the quad rear camera set-up has been given in its back, which has a 48MP primary sensor, 8MP ultra-wide camera, 2MP macro, and 2MP depth sensor. The phone uses a 13MP punch-hole camera for selfie. Face unlock and rear-mounted physical fingerprint sensors have been used for security on the phone. It also has a 3.5mm jack and Dolby Atmos feature for audio quality.