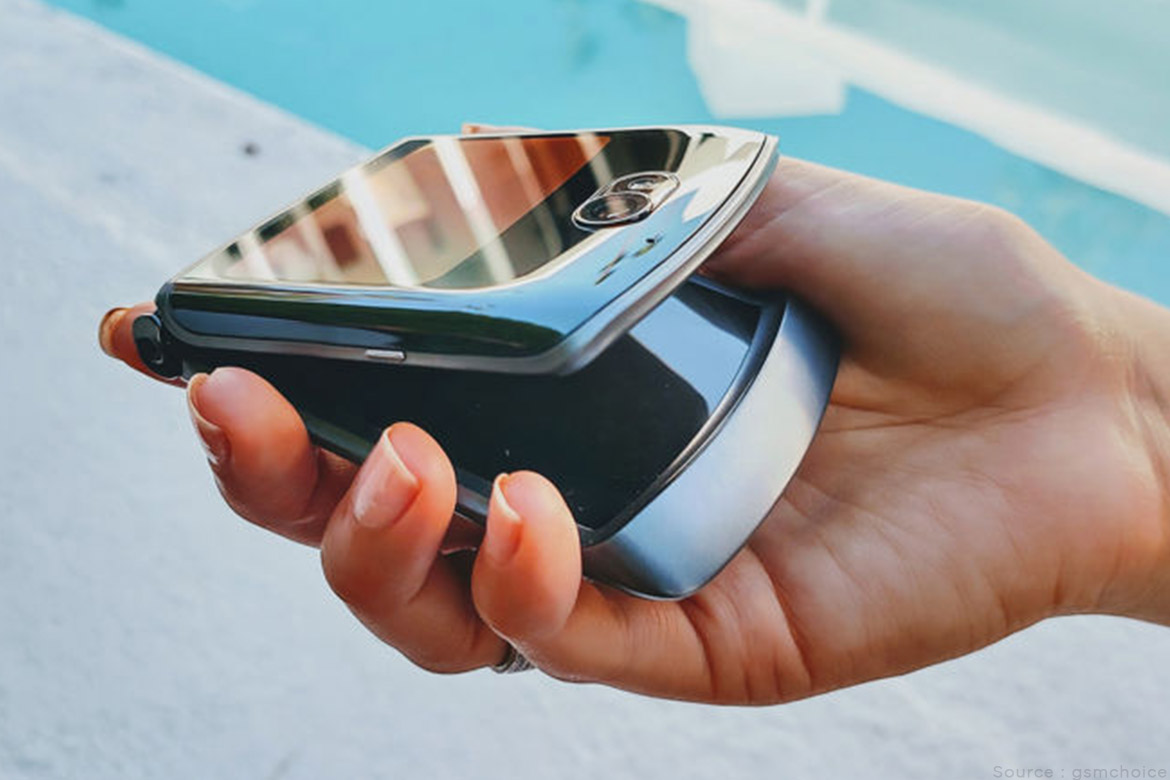 The Motorola Razr 5G smartphone has been launched as the updated version of the Motorola Razr foldable phone launched last year. This new foldable phone is equipped with a 6.2-inch plastic OLED primary display and a 48-megapixel primary camera. This phone has an octa-core Qualcomm Snapdragon 765G processor, which offers 5G connectivity on the phone. Motorola Razor 5G phone has been brought with single RAM + storage variants, in which you will have three color options available Blush Gold, Polished Graphite, and Liquid Mercury.

The Dual-SIM (Nano + iSIM) Motorola Razor 5G foldable phone works on Android 10 based My UX On Top. It has a foldable 6.3-inch plastic oleate primary screen, which has a resolution of 2,142×876 pixels and an aspect ratio of 21: 9. The new foldable phone has an updated hinge design.

The phone has a secondary 2.7-inch glass oiled secondary screen, which has a resolution of 600×800 pixels and an aspect ratio of 4: 3. Through the front flip panel secondary screen above, users can easily see the notifications on the phone, can quickly reply to the message, and can do many things like using navigation.

This phone is equipped with an octa-core Snapdragon 765G processor and Adreno 620 GPU. In this, you will also get up to 8 GB of RAM. Motorola Razor 5G has up to 256 GB of inbuilt storage.

The Motorola Razor 5G will have a 48-megapixel primary camera with f / 1.7 aperture. This sensor comes with quad pixel technology, which gives you better low-light sensitivity. In addition, it has an optical image stabilization (OIS) and laser autofocus technology. The primary camera of the phone is located at the top of the flip panel of the secondary screen, due to which users can also use this camera to take selfies.

However, you will be able to take a selfie only when the phone is folded. Some camera modes have also been provided on the phone, which includes many options like group selfie, portrait mode, support color.

For selfie and video calling, the Motorola Razor 5G phone has a 20-megapixel camera with f / 2.2 aperture, which is located on the screen of the primary foldable phone with a notch design. Both cameras support full-HD video at 60fps or 30fps, slow-motion full HD video at 120fps, and slow-motion HD video capture at 240fps.

Also Read: Motorola Razr will now be available in India for Sale

The battery of this phone is equipped with 2,800 mAh, in which you will get the option of 15 W turbo power fast charging. This phone will provide up to 24 hours of battery backup on a single charge.