Copyright 2021 - All Right Reserved
Home Featured Google is back in game with Pixel 7 and Pixel 7 Pro; Check features, price and reasons to consider these phones
GoogleMobile Phones

Google is back in game with Pixel 7 and Pixel 7 Pro; Check features, price and reasons to consider these phones 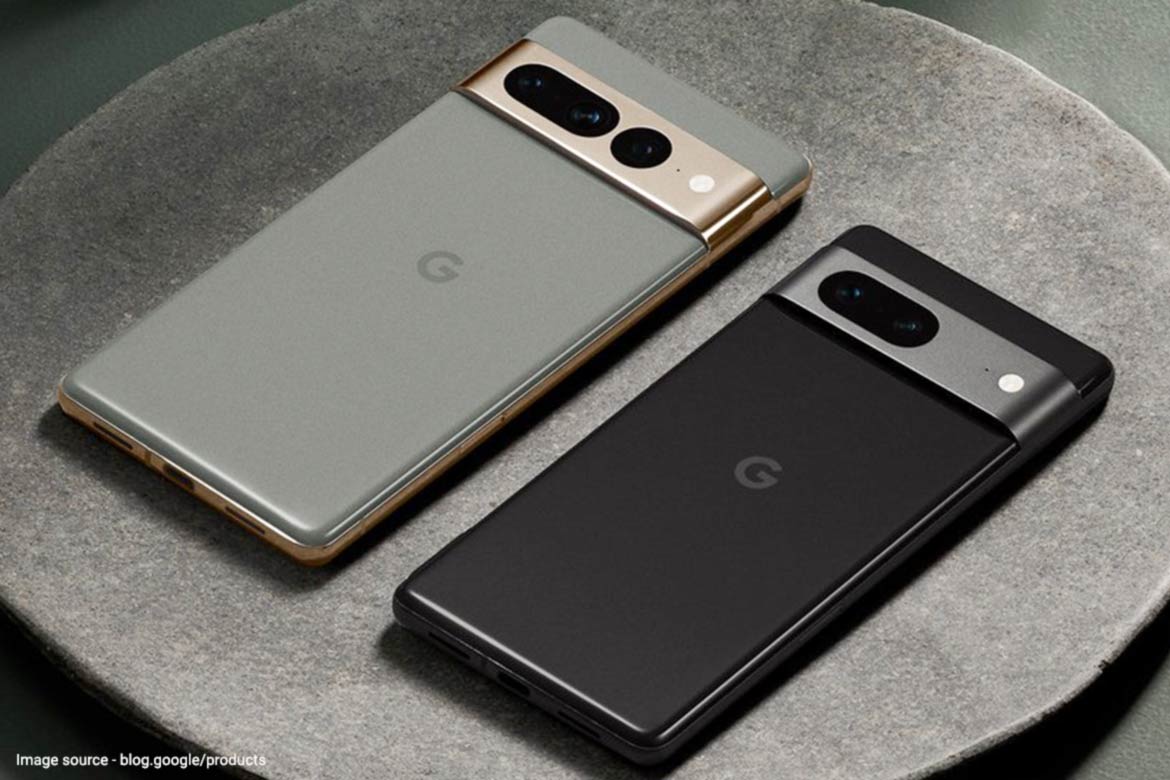 Read more: How drones are taking delivery space? 5 reasons why drones will completely replace humans in this sector

Camera: The phone has horizontal camera bar design. There is a dual camera on the back of the phone comprising a 50MP main camera and a 12MP ultra wide camera with dual LED flash. The camera supports 4K 60 fps recording.

In front it has a 10.8 MP front camera for selfies and video calls. The front camera can record 4K video at 30/60fps.

Battery: A 4,335mAh battery with support for 30W fast charging and wireless charging is given.

Other features: Pixel 7 has stereo speakers, IP68 dust and water protection. The device will come in three colours – Obsidian, Lemongrass and Snow.

Display: The Pixel 7 Pro features a larger 6.7-inch AMOLED QHD screen with a 120Hz LTPO panel. It comes with HDR10+ support with a peak brightness of 1500 nits. The screen also has Corning Gorilla Glass Victus protection.

Camera: Pixel 7 pro has a similar horizontal bar camera set-up. There are three cameras on the Pixel 7 Pro’s back, including a 50MP main camera, a 12MP ultra wide camera and a 48MP telephoto camera which will offer 5X zoom this time instead of 4X zoom.

A 10.8MP front camera is present on the front for selfies. Both front and rear camera support 4K 30/60 fps video recording.

Battery: The device comes with a 5,000mAh battery with 30W fast charging, and wireless charging support.

Other features: Pixel 7 pro comes with IP68 dust and water protection. It also Gorilla glass victus protection at the back. It comes in three colours- Obsidian, Snow, and Hazel variants.

Reason to consider these smartphones:

The performance of the camera on the Pixel phone is the main selling point. With the Pixel 7 and Pixel 7 Pro, Google maintains the greatest and sharpest photographic skills. The pictures taken with these phones in both good and bad lighting are filled with minute details and vivid colors.

The Pixel 7 phones’ distinctive look is one factor that will probably make them popular with many people. The phone has a distinctive appearance because to the metal strip that spans its back panel. The construction quality is excellent. The metal frame of the 7 Pro has a polished finish, whereas the Pixel 7’s has a matte aluminum surface. Since both phones have an IP68 rating, light rain and occasional splashes of water shouldn’t harm them.

The Pixel 7 and Pixel 7 Pro are the most advanced Pixels to date in many ways. Their quick and dependable fingerprint sensor is located beneath the display. Their screens’ bezels are incredibly tiny. The phones work well with Android 13, which has a ton of AI-driven features. Even after extended gaming, the phone’s Tensor G2 chipset functions quickly and efficiently.