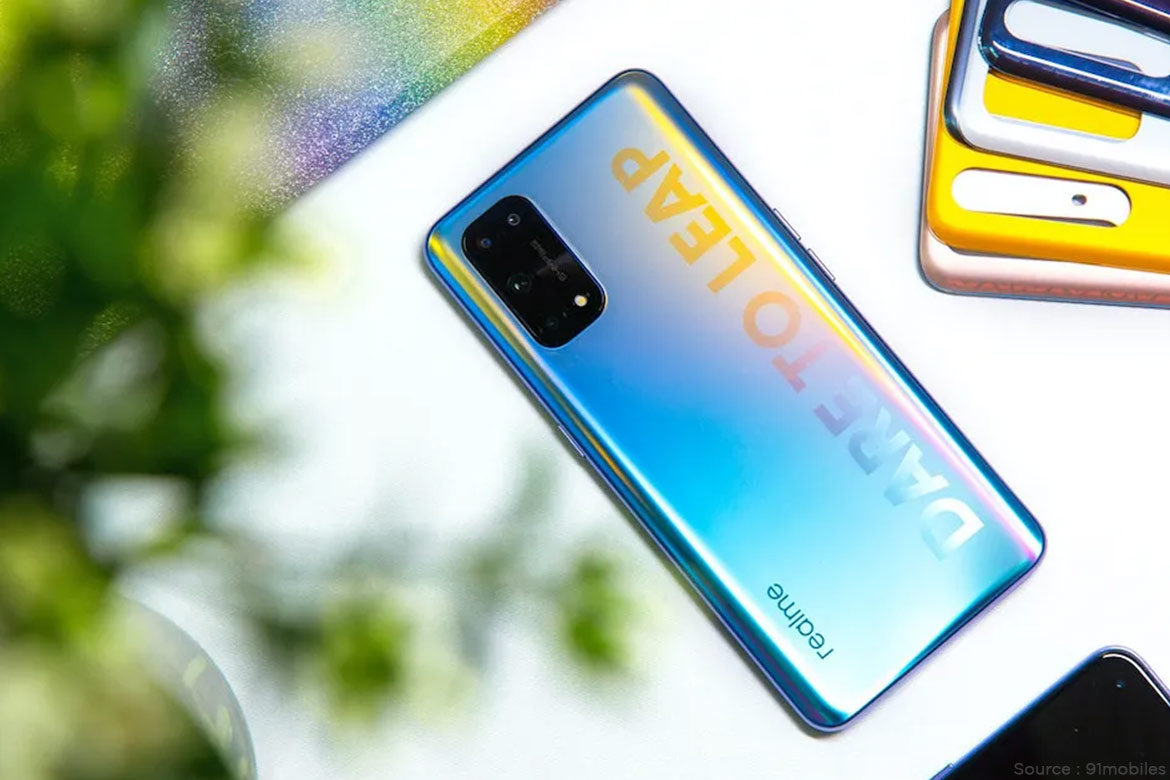 Realme V3 can be launched in China on Tuesday with other smartphones Realme X7 and Realme X7 Pro smartphones according to the report. The report states that Realme V3 may be the company’s cheapest 5G smartphone till now. It is expected to be priced at CNY 1,000 (around Rs 10,700). It has also been reported that MediaTek processor will be used in Realme V3 smartphone-like Realme X7 series.

Gizmochina’s report quoted a Chinese tipster as stating that Realme can launch the Realme V3 smartphone with Realme X7 series at the event which will be happening on Tuesday, September 1. According to the report, three phones with RMX2176, RMX2121, and RMX2200 / RMX2201 model numbers have received certification on China’s certification site TENAA. It was earlier reported that the first two models belong to the Realme X7 and Realme X7 Pro handsets respectively. The third handset with model number RMX2200 / RMX2201 is equipped with a weaker specification than the other two phones. This could be Realme V3.

The report claims that the Realme V3 handset will have a MediaTek processor. The processor of this brand is also to be used in Realme X7 and Realme X7 Pro.

Also Read: Realme Narzo 10 Is going On Sale For The First Time

The alleged Reality V3 handset is expected to deliver a 6.52-inch HD + IPS LCD display. It can have up to 8 GB of RAM and 128 GB of storage with MediaTek Dimension 720 5G processor. The phone will probably run on Android 10 and will have a 4,890 mAh battery which will support 18 W fast charging. It can also have a triple rear camera setup. There will be two more sensors of 2 megapixels with a primary camera of 13 megapixels. It will have an 8-megapixel sensor for a selfie on the front. The fingerprint sensor is expected to be given on the back of the phone.