Is Console Gaming More Socially Toxic Than PC Gaming? Why? 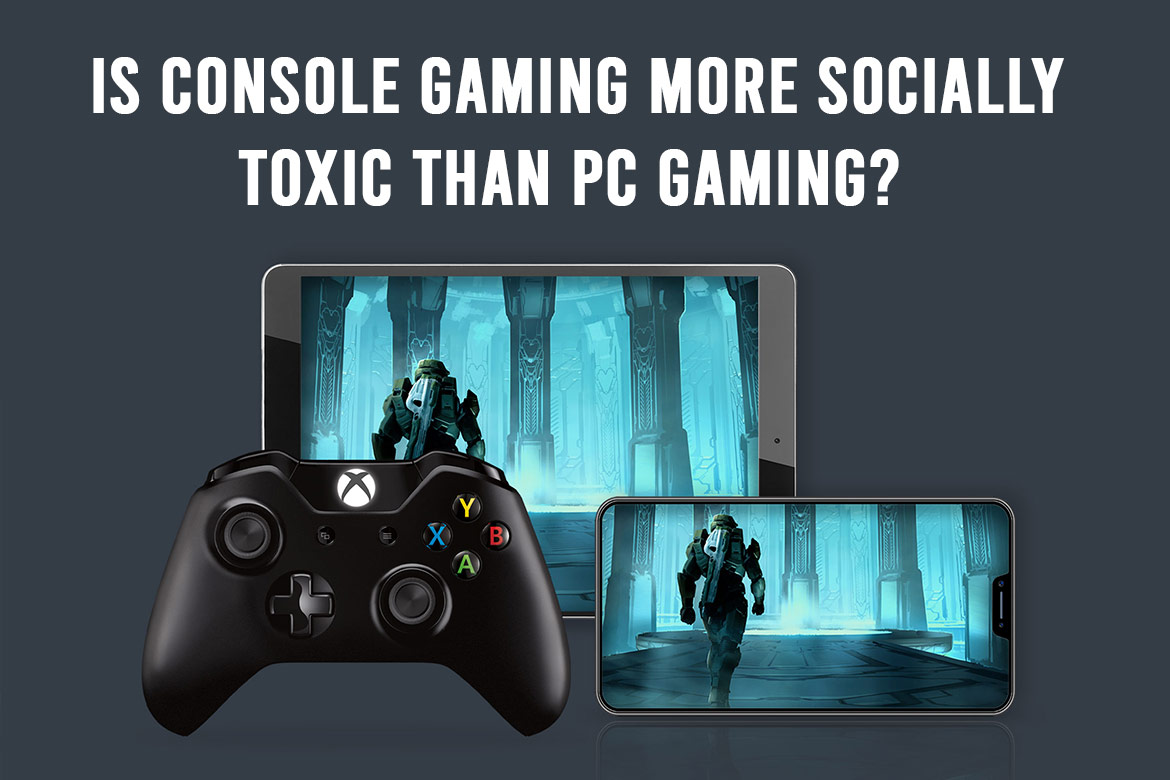 Social gaming is getting popular across the gaming industry and among the people. Most of the console games are socially driven and are related to several social issues. It normally increases the toxicity among the players.

The social toxicity can be of various forms that include misogyny, discrimination, sexual grooming, cyber-bullying, violent actions, and offensive language. It also involves riots, fighting, crimes, hostility, etc. The toxic language and offensive conduct have become a part of console driven games.

Console games are an advanced option to play games with multiplayer. These games involve online action and role-playing games which are better than isolated pc-based games. Most of the games are based on social interactions such as friendship, trade, competition, enmity, aggression, and many other social factors. Such games reflect the positive or negative connotations in the minds of players.  And while playing in a group some of the players spread negative vibes that influence other players playing the console game.

The games that spread the footprints of toxicity across society will have a larger impact on social dynamics. Also while playing the games which are designed as multiplayer games, you can attack or kill another person playing as an enemy. Which shows toxic behavior in the game?  According to the rules of the console game, such behavior was invalid, because, it creates and spreads negativity as a part of the game.

Also Read: What Are Some Good Console Games?

According to the latest research, among the 10 million user reports published on 1.50 million interactions based on the toxic behavior of the players in the console game. To understand the regional differences of the user behavior the data is divided into three different regions such as America, Western Europe, and Korea. The outcome of the research is surprising and it is discussed below.

Also, in the bottom-up approach it is tested about how the individual players interact with the toxic actions of other players, how toxic and non-toxic players react while playing the console game, and what the general people think about the toxicity of the game.

Sometimes it results in in-group favoritism, large-scale empirical support, and black-sheep effect which are considered as a part of cohesion performance.  It is also found that the regional differences play an important role while engaging in the reported actions and punishments of toxic players as a part of the trial.

In order to find the social toxicity spread due to the game, the trained classifiers are allowed to find the severity of toxicity. A set of oriented models are built around the game to find toxic behavior. Also, the chat messages also show the linguistic features and toxic behavior which is needed to curb down.

In order to combat increasing social toxicity that spreads through the console games, most of the games companies I have decided to fight back against the increasingly toxic atmosphere in the society. Toxicity can be reduced with the help of a powerful mechanism and valid analysis of toxic behavior data.

Reducing toxicity of the games

According to the study of console games, the toxic language doesn’t have much influence on the game but the offensive behavior enhances social toxicity in the game.  Several games today have announced features that can help in reducing the toxic behavior among the players. The culturally driven phenomenon should be promoted. The toxic behavior should be penalized and dealt with seriously.

The positive behaviors displayed by the players can be considered as a reward or given as a badge & it should be displayed next to the player’s name.  The games should be supported by policing the system and it will effectively reduce the toxicity.

The games can also show various other qualities like kindness, support, and respect and it can be offered to other players in the group while playing the game. Such behaviors should become part of the recognition of the players as a part of the game. Also, the players should be given punishments and fines as per the rules. It will certainly help in creating a viable atmosphere and reduces the toxicity.

The violent actions, offensive language, and the negative vibes keep spreading social toxicity among the players while playing console games which are full of aggression, racism and it makes the games vicious. There need to have control over such games in form of fines, punishment, and prohibitions.  The console games that make people happy by spreading positivity across should be encouraged.